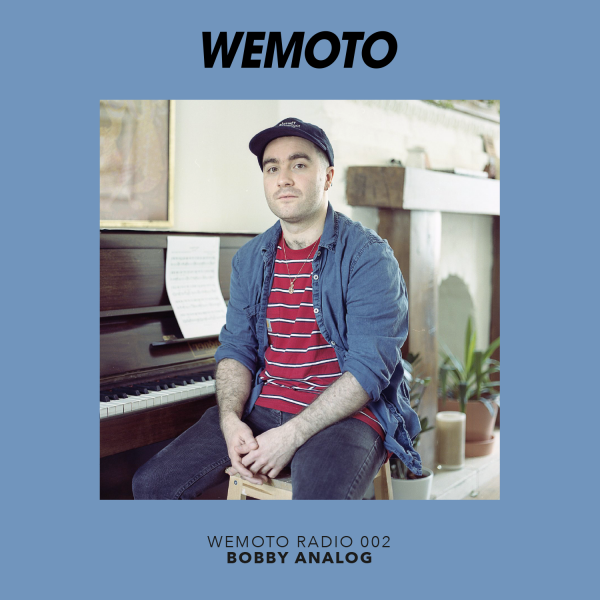 Belfast house maestro and Body Fusion label founder Bobby Analog blesses us with an impressive mix for the second edition of Wemoto Radio.

Dance music is a funny old thing. In many ways it has betrayed us all; it’s duly beloved, inviting brands and capitalist ideology on board, leaving one more confused than waking from the dizziest of hangovers.

In Bobby we have an artist who, and pardon the cliché, is reminiscent of the joy that still exists at the root of it all.

Last year validated Bobby as one of Ireland’s most compelling artists. He embarked on something of a creative re-direction; moving away from the shit hot disco and soul samples that have been enjoyed on previous Body Fusion records in favour of something deeper – laced with the attitude of mid 80’s NYC ballroom culture, subterranean house and ambient italo.

There was much confusion and anger, following Brexit negotiations, that Bobby would be unable to send Body Fusion and Hot Sauce records spiralling through the air across Europe, like a Greek plate spinning towards its inevitable doom. Luckily, a re-location of Body Fusion HQ to Central Europe has proved its saviour, and the people can now, at last, dance as one.

A string of shows at the most thrilling parties throughout Europe, mixes for esteemed publications such as Ransom Note and a particularly rowdy Boiler Room performance at Belfast’s AVA Festival have had us simultaneously laughing, smiling, crying and dancing to the heartfelt, broad and perceptive selections of dance music’s most joyous.

We sat down with him to find out more about his passion about music and life in general.

Hey Leigh, thanks for taking the time to answer a few questions.

First, how did you came up with the name Bobby Analog?
The name was given to me at one of my first parties I played. My friends used to call me Bobby just like a little nickname and then someone put Bobby Digital on the poster I changed it to Bobby Analog so I didn't get in trouble with the Rza.

You are born in Belfast, ever thought to life somewhere else, or did you already?
I'm from a little seaside town called Portstewart originally but I've lived in Belfast a long time. I've lived in the US for a while in New York that was fun and I'd definitely not rule out living somewhere like Germany or Portugal in the future.

How was growing up in Belfast?
I actually grew up in a little town outside Belfast called Portstewart but it was nice, by the sea, had a nice beach.

Did it influence you musically and personally?
I don’t think so I collected records from a very young age which probably has lead to me still being a collector today but I think I would have been this way no matter where I grew up.

What’s your studio looking like? What’s your favorite piece you won’t miss?
At the minute my stidio is revolving around my mac book as I'm trying to simplify my process. I have a korg m1, Casio CZ1000, Korg Poly800 and a Yamaha SY35 also setup right now. Currently my favourite is the Poly800 it's also the newest so I'm enjoying learning it.

Do you have any hobbies or passions outside of music?
I like to write, i journal a lot of the experiences I have when I'm travelling or just something interesting thats happened in my day, it's really nice and allows me to apply myself in a different way. I also cook a lot it's always been a bit of a passion since I worked in a kitchen before I became a full time DJ.

We are big fans of your label Body Fusion. Can you talk a bit how that came up?
And you recently announced, that you will stop releasing on Vinyl, just for environmental reasons?
Yeah, the label just happened, I have a bit of a DIY mentality and have been running parties and making mixtapes since I was in my teens so I was just trying to release a record with my music on it. People liked it so I made some more and now I’ve got six out there so that's really nice.
I've stopped pressing records for a few reasons, the environmental factor is important as I'm also a vegan so it coincides with my views. I've always said I would create in a way that makes sense to how I am buying also and lately I have been more engaged in the digital market through bandcamp, it's more fun to me right now and it's quicker if I have music and artwork I could put something online very quickly and that excites me.

Your told me, that you are working on your first full-length. Why and what is the idea behind that?
At this point I'm not sure I know, I'm just trying to write a lot of music and hope that along the way the process reveals the point I'm trying to make. I'm not putting any barriers up in terms of creation I'm letting my mind be open to different styles and I'm gonna see where that takes me.

Do you play any instruments? If so, does this knowledge help you in the process of making music?
I play piano, I guess it helps with scales and just generally being able to develop melodic arrangements a bit quicker. It's not essential but it definitely helps me. I noticed that you are a big record selector, do you have any special records you won’t miss or never leave your bag? Lots too many to list and the collection grows weekly haha. 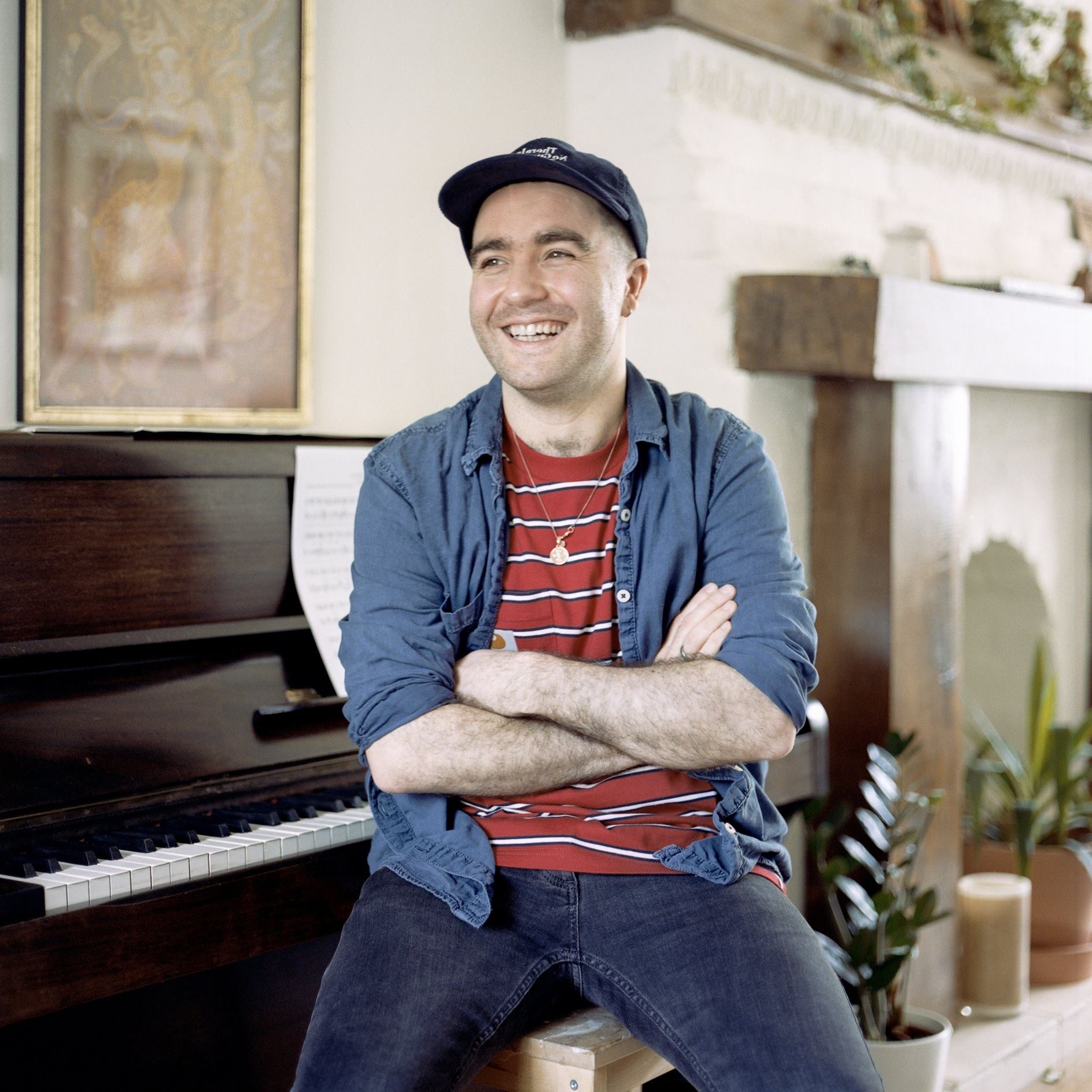 Vinyl or Digital?
Right now I'm enjoying digital a lot more but that's just where I am finding more music at the moment it always changes, you can feel like the well has dried up a bit after a while and I'll get into buying physical format again heavily.

Do you produce also other kinds of music? And is the process of producing different kind of music something that keep you challenging musically speaking?
I don’t produce anything beyond electronic music really right now, maybe a should I tried doing Hip Hop in the past but it wasn't fast enough for me haha.

How do you decide what material you release on Body Fusion and what goes on other labels?
It's a very long process, I will write for long periods of time then when I have about 8 or 9 tracks I am happy with I use the ones that I am least sick of. Some I will take out and test in clubs not for reaction but to see how they sound. I haven't done many releases with other people as I'm a bit guarded about who I send music to but maybe I'll start soon.

Which artists made the biggest impression on you lately and why?
Right now there's a few people who are really exciting me Acemo & Moma Ready, Finn, Anz, India Jordan, Barker, Physical Therapy and everything on his label Allergy Season. They are just making some very fun stuff that has functionality but also some really good hooks.

How do you approach a DJ set? Do you plan what you will play, or do you decide spontaneously?
I plan for almost every set with recent music I have found I want to play then I have playlists that I regularly update like theres one titled Weird Stuff That Flows and it's just got stuff that has energy but also really fucks with a dancefloor. I have a folder of dj tools, bangers, US Disco, Italo all the usual stuff for jumping from genre to genre. I also create little transitional mixes at home that I know can bridge and help my sets flow a bit nicer and I have an Openers and Closers folder for those very reasons.

Anything else we need to discuss?
Nah I think that covers everything. Finally tell us about your mix and the feelings behind it. The mix tracks a lot of stuff I've been digging lately and hold close to my heart, it's a house mix primarily, with some stuff from the artists I mentioned previously that are inspiring me. Some UKG, some Kerri, and some old peacefrog I love. Hope you like it.