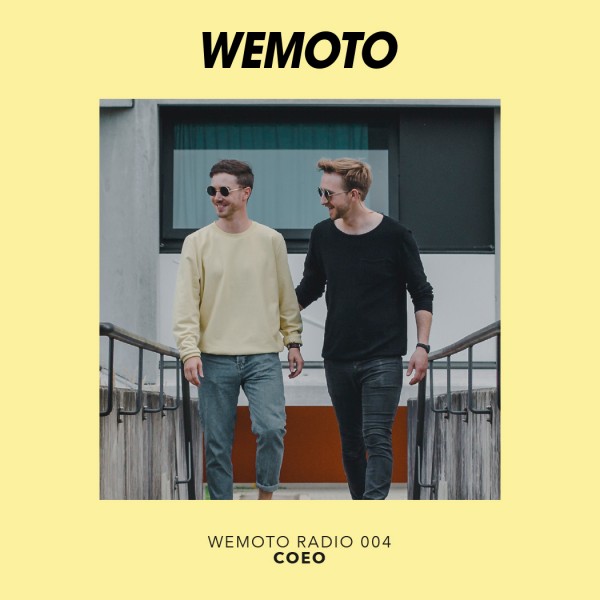 German DJ Producer duo Coeo have been making waves on the underground House scene. In 2014 they had several releases on established labels such as Toy Tonics, New York's Let's Play House Records or Razor-N-Tape. Their passion for four-to-the-floor grooves and detailed arrangements was bound to demand people's attention and their tracks have been featured heavily on mixes of artists like Purple Disco Machine, Todd Edwards & many more. Their originals have had high profile remixers such as James Welsh, Steve Huerta & The Revenge (just to name a few) tackle their arrangements.

The duo itself consists of Florian Vietz and Andreas Höpfl, 2 guys, who met during high school and shared a mutual love for Hip Hop and Soul music. Some years later they fell in love with House music and spent more and more nights Djing in bars & clubs of their hometown Munich. The duo's name, “Coeo“, is a latin expression, which comes up with a deeper meaning: Though hard to pronounce, it can be translated as “to unite“ or “to form an alliance“ and makes absolute sense for a DJ Duo who's aim is to bring people together on the dancefloor.

We are delighted to welcome them for our fourth episode with a special mix full of South African Bubblegum and Kwaito songs from the 80’s and 90’s. Enjoy! 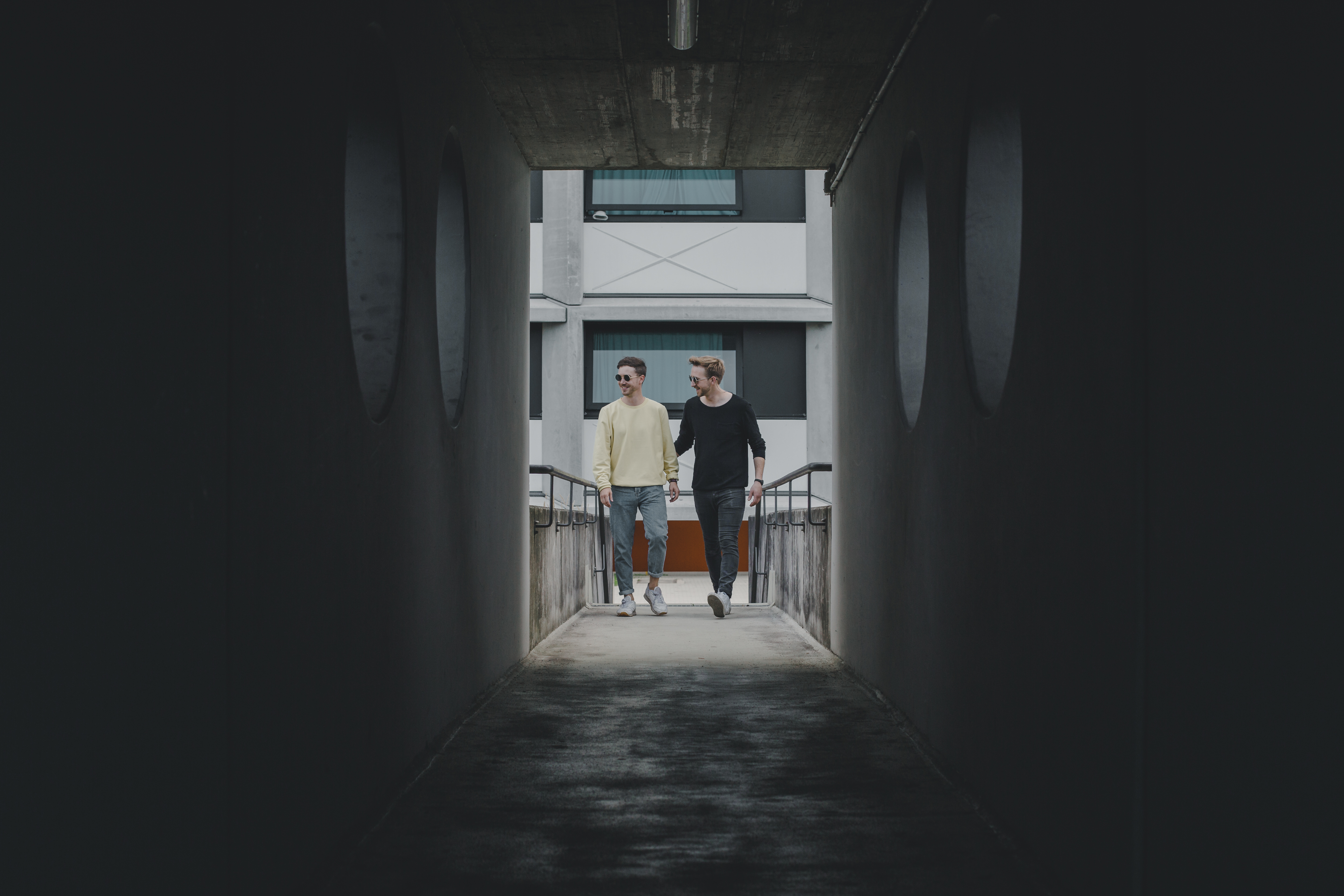 Hey guys, how are you doing?
Just fine, thanks for having us!

How long do you know each other and how did the project COEO happen?
It started when we were teenagers about 15 years ago (OMG we are getting old, haha). In the beginning we didn't think about doing it professionally but we were really passionate about the music. So we bought one turntable each (we couldn't afford two at that time) and shared a mixer. I remember how annoying it was to share turntables. Everyone got the decks for 2 weeks and then passed it on to the other owner.
After several projects and discovering the music cosmos together we decided to found COEO in 2011.

You are are both living in Munich. How did the city influence you both musically and personally?
Munich is Moroder City ;-). We have the impression that music from Munich has a more melodic and disco-y approach than most other cities in Germany. We are definitely influenced by music from local labels such as Public Possession, Permanent Vacation, Compost, Gomma and Toy Tonics of course.

Whats a typical day in the life of COEO?
We get up early in the morning, meet for breakfast and then spend the whole day in the studio. In the evening we chill in front of a chimney fire and think about new ideas we want to work on the next day.
Just kidding ; )
Music is our passion. We try to spend as much time as we can with music. 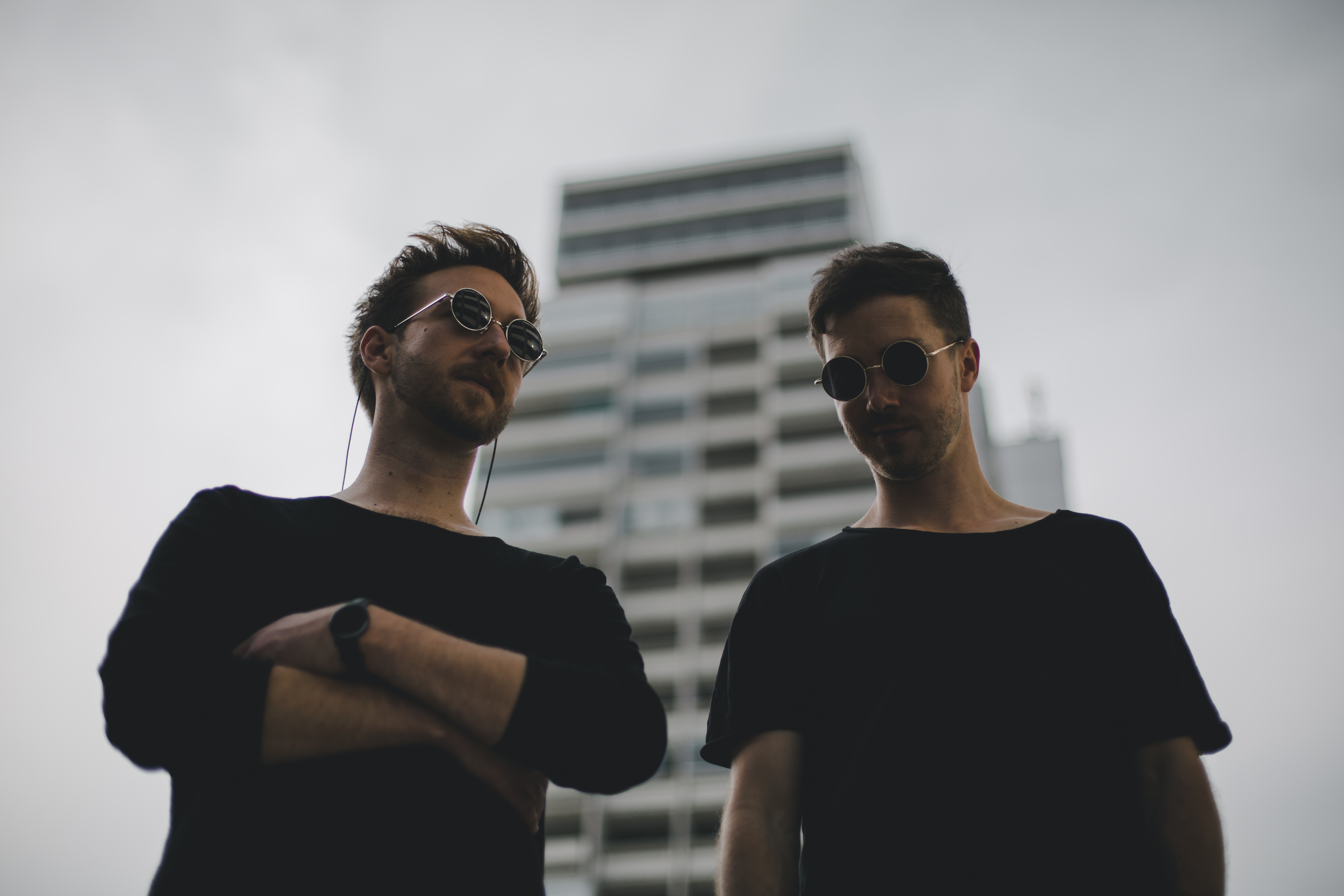 What’s your studio looking like and what’s your favorite piece you won’t miss?
Our studio is located in the fifth floor of an apartment we both used to live in during our time at university. It's in the heart of Munich and next to the river Isar. Today we share the room with our friends and Toy Tonics colleagues Rhode & Brown.
For now our favorite piece is the Sequential Prophet 6. It's an early Christmas present we’ve made ourselves.

Just listened to your last Edit EP „The Japan Reworks“ on Toy Tonics. What element makes you feel to edit an original? Is it the vocal, the rhythm, the melody or anything else?
You don't have to pursue a strict plan while you listen to songs in record shops or on Discogs.
Most of all you should feel the song you've discovered. It's not like you keep looking for a certain hook, synth line or drum break, but of course it's helpful if many of these elements can be found on the original. The result of an Edit track should be a dance floor friendly version of the original.
Our experience is that most of the time when we choose to edit a track we can't get enough of a song, but sometimes feel that there is something missing and it can't be played at a show. Extend the drum section here, delete a particular hook line there, loop a section and put some more percussion in there... and so on. I think our Toy Tonics Edits 5 was very popular, because we actually never planned to release the edits. We originally made these Edits solely for our own use. These tracks were some really good dancefloor approved weapons.
The Japan Reworks EP was a matter of great concern to us, because we love the 80's Japanese City Pop and we brought a lot of good records home from our journey through Japan in 2017.

Like many other house music producer, you have a big love for 90’s Hip Hop. How big of an influence did it have on your taste in music and how did you came up with the style of music you do now?
It had a huge influence on how we listen to music. Not only that we loved rappers like Guru, Rakim and Q-Tip, we also fell in love with all these stunning producers like Primo and Madlib and their unique style of sampling music. You can regard sampling as stealing music but also see an art form and a way of quoting music from past decades in it. I still remember buying a record called „Tribes Vibes Vol. 1“ that featured all the originals from the A Tribe Called Quest records. It opened a new world to us. That's how we discovered and first came in touch with Soul, Funk and Disco.
With the appearance of the Lil-Jon-esque Hip Hop we sadly lost interest in Hip Hop and discovered that House Music had way more to offer than Euro Dance.

I saw a video of your gig in Sydney from last Summer where the crowd is getting wild to your song “Like It Is“. Did you ever imagine that something like this could happen?
We are big fans of your home label „Toy Tonics“. Can you talk a bit how that came up?
First question: Not at all! Back then- when we sent a demo to Razor N Tape - we were not even sure if they pick „Like It Is“ as part of our EP on their label. Later when it came out we haven't played the song at a single gig for at least a year. We didn't expect that people would feel this song as much as we do. But when you listen to your songs a thousand times during the production process, you easily lose the ability to evaluate how good or bad your song is.
Second question: Label owner Kapote is living in Berlin, but he is originally from Munich, our hometown. The label has its headquarter in Munich and we had a chat with the guys at our favorite club in Munich, Charlie, and gave them an USB flash drive with approximately 15 finished songs. They liked it and that's basically the story behind our first 2 EPs on Toy Tonics.

How do you decide what material you release on „Toy Tonics“ and what goes on other labels?
Well, the most important thing when you send demos to your favorite labels is that the songs have to fit to the style of the label. (We’ve heard some funny stories of label owners receiving the weirdest demos, haha)

Ever planned to make an album?
We have been thinking about it. I hope we will produce an album one day, but i think it will sound less like our recent EPs. It should be an conceptual record and not a succession of singles.

Which artists made the biggest impression on you lately and why?
Hmm, when it comes to labels and djing you can definitely say that we are influenced by the scene in Amsterdam. But there are so many good artists and labels out there that it wouldn't be fair just to name a few.

I had the pleasure to see you playing at Grießmühle in Berlin last August. How do you approach a DJ set? Do you plan what you will play, or do you decide spontaneously?
One thing that is really important to us is to be at the venue at least one hour before we play. That's how you can catch the vibe of the party and see how people react to the music that is being played. Of course we have some sure shots we definitely plan to play at a particular part of the night, but I guess we decide spontaneously on 50% of the songs if they fit in our set when we are behind the decks.

What projects are you working on right now?
Amongst other things you can expect EPs on House Of Disco and Toy Tonics in 2020.

Finally, tell us about your mix and the feelings behind it.
The mix contains mainly South African Bubblegum and Kwaito songs from the 80’s and 90’s. The songs were basically our personal soundtrack for last summer. I hope you enjoy the recording.