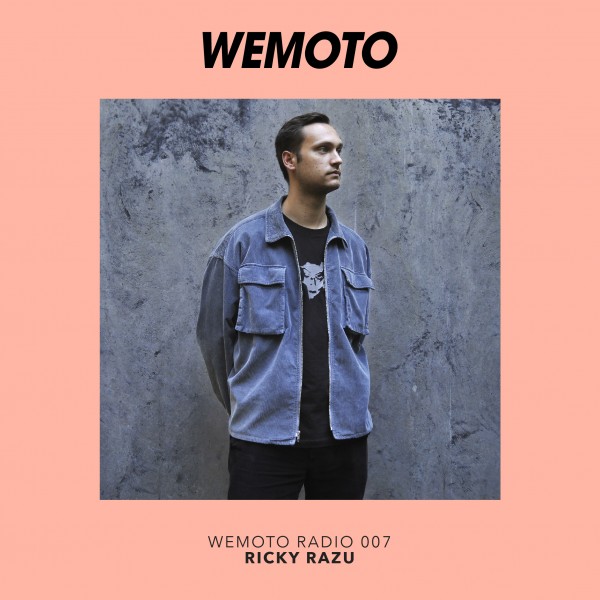 Ricky Razu is one of Belgium's new breed of rising house producers who come from a vast background of jazz, boogie, hip-hop and disco and through the amalgamation of these various styles, he is quickly making name for himself.

Ricky's swing is quite unique, he has been putting his own twist and interpretation on the regular house track by joining the dots between yesterday’s golden era classics and today’s club bangers. As one of the Darker Than Wax’s mainstays, he has also built up a solid presence behind the decks, becoming a regular player in the Belgian and international house scene. 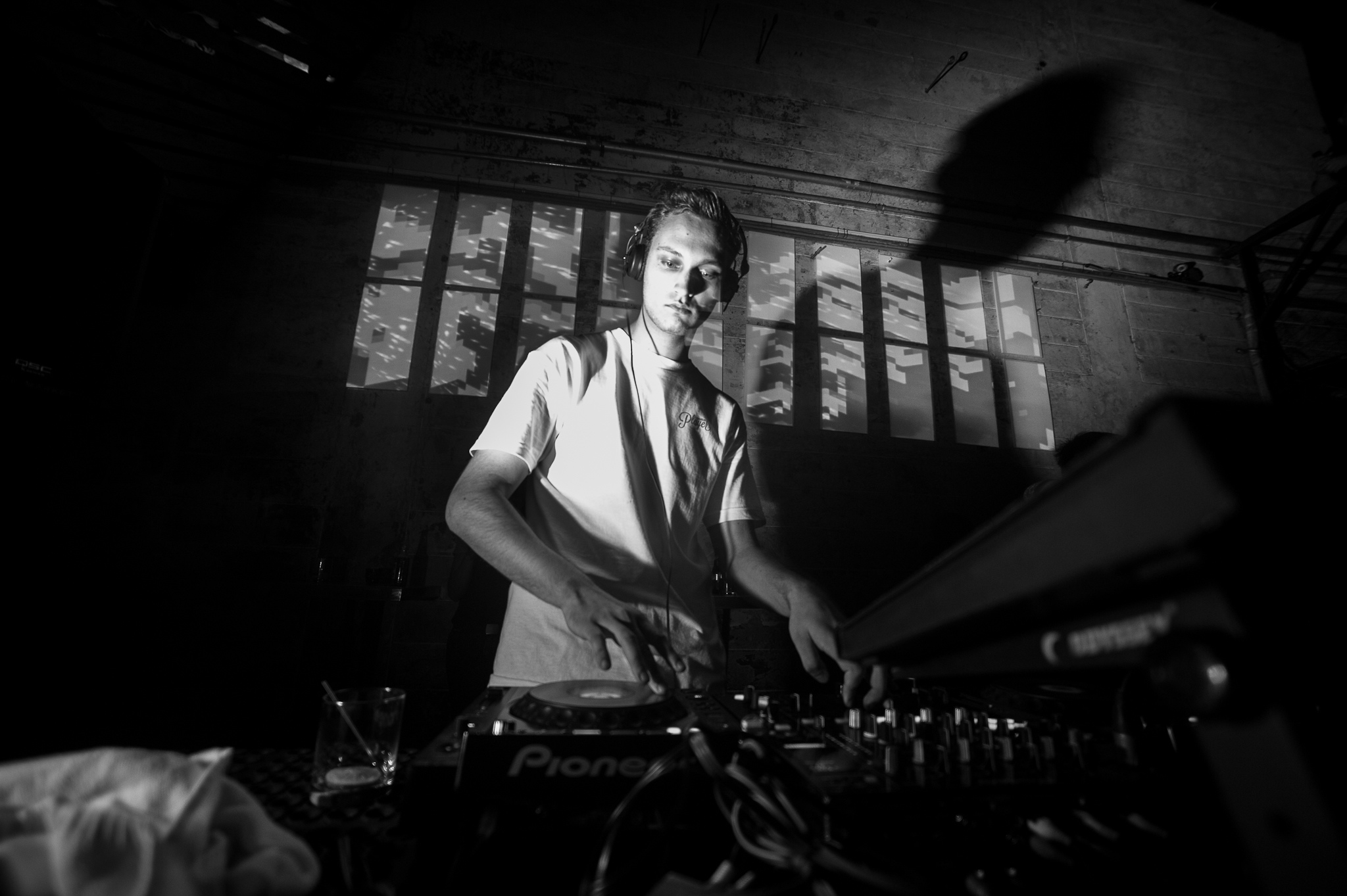 Hey Ricky, thanks for taking the time to answer a few questions.
My pleasure, thanks for having me!

How and when was Ricky Razu born?
Well it started of as a little side project some 3 or 4 years ago. Back then I was mainly occupied with another project which was more downtempo and jazzy oriented. However I always had a huge love for house and club music in general, so at that time I was already making club oriented tracks under the radar, purely for fun. At one point I saved up so many demo’s that I started showing them to some friends, dj’s and label owners. The feedback was overwhelmingly positive and I decided it was about time to put some of these demo’s out there. All I I still needed was an alias to release them under… and after a blurry night of brainstorming with some friends the name Ricky Razu was born. From there on over the years, it evolved to become my main project. 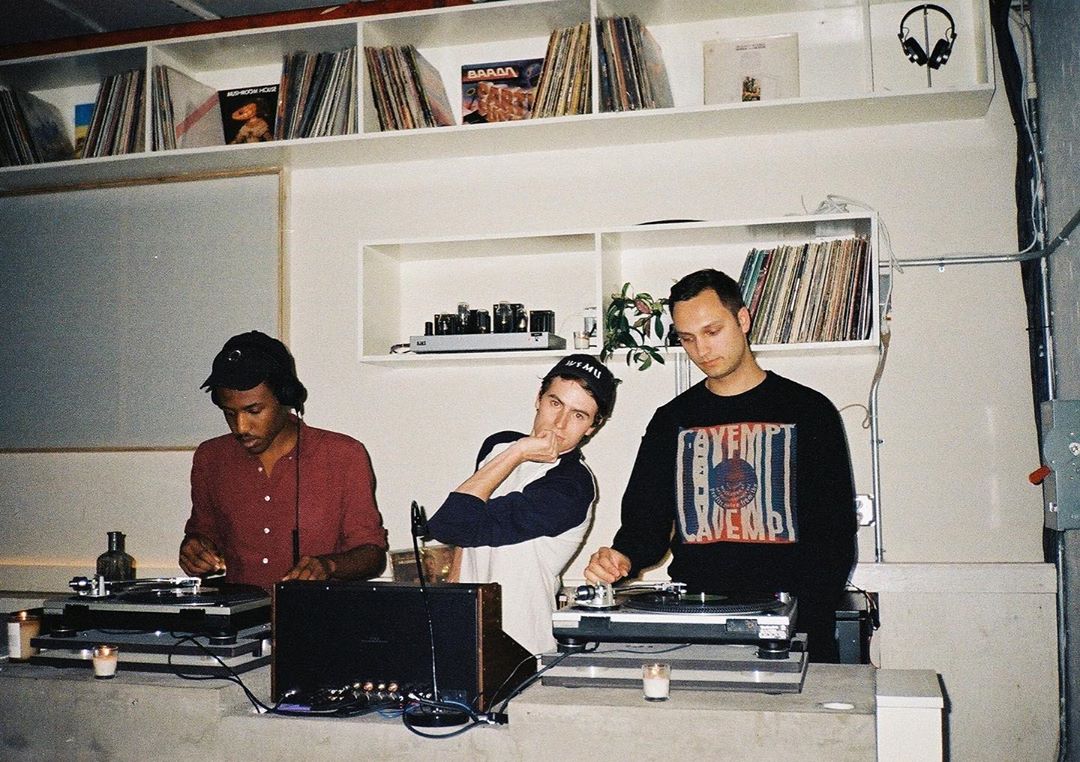 How do you think living in Belgium has influenced you both musically and personally?
I personally don’t think living in Belgium had a massive effect on my music. Of course growing up here, I got to watch the European electronic underground scene very closely, which is a breeding ground of talented and skilled artists. Surrounded by so many talented individuals, the bar is set quite high and this motivated me to work harder and better. But for me personally when I’m in the studio working on music, I feel like what I’m making is more afloat somewhere. it’s not really defined by Europe or the country I’m living in. It’s just a space where I explore ideas and where I have total freedom to do and make whatever I want to.

Do you have any hobbies or passions outside of music?
Besides doing as much music related things as I can, I’m also a collector and trader of vintage furniture, art, objects and records. This is kind of a passion gone serious, as in the past 2 years this evolved into me running my own trader business/shop. So at this moment my time is divided between running the shop and doing music.

I have always been a huge fan of your productions. The unique way you weave together smooth chords, jazz elements and groovy basslines makes me ridiculously jealous! How did you come to this style of productions? Were there any particular artists who influenced your sound?
Cheers man! I honestly always find it rather difficult to talk about what my sound is…  as of lately I’m actually trying to think less about what kind of music I choose to make because I believe overthinking has been detrimental to me in the past. But I can definitely relate to your description of smooth chords and jazzy elements in my music, as this is no doubt something I took with me evolving from a more downtempo and jazzy oriented musical background. When it comes to inspirations these days I’d say most of it comes from music out of my record collection, which is heavily rooted in African-American music such as soul, jazz, funk, disco, boogie and all it’s various forms.

You are also a member of the “Darker Than Wax“ crew from Singapore. How did that happen?
Yes that’s right, I’ve been rolling with the DTW family for the past six years or so, it feels like such a long time already now. It started out cause we were releasing and hustling in the same online musical spaces, which eventually led us to get in touch through Soundcloud. Ever since then I’ve grown to be one of the mainstays of their global pool of artists, which has been amazing as this enabled me to connect with plenty of individuals who share similar approaches and ideas to music. Darker Than Wax is all about breaking musical boundaries and fusing music of different genres and backgrounds. This is a view that very much shaped my own approach to DJing, striving to bring an eclectic and interesting mix of music in every set.

Ever thought to start your own label?
To be honest it crosses my mind now and then, but it wont be for anytime soon simply because there’s not enough time.

Is there any new music coming out soon? Can you tell us a bit about that?
I’m actually not sure if I can talk about it fully yet, but I am working on plenty of things at the moment. I’m developing a record in collaboration with my buddy Marc Brauner from Berlin, coming sometime soon on one of my favourite labels. I’m also sorting out plans for a solo release but can’t say much more about it just yet. Oh and I will have a track coming out in april on a Various Artists record compiled by ‘Body Clock’, a new sub label from Darker Than Wax focusing on leftfield electronic club sounds. Keep an eye out for that!

Which artists made the biggest impression on you lately and why?
No particular favourite new artists to be honest, the amount of new great and original music that’s been released over the last year has been quite overwhelming. I wouldn’t be able to name just one or just a few… Specifically in the past days I’ve had tracks on repeat from Space Ghost, Manuel Darquart, Cable Toy, Midnight Runners,… just to name a few.

How do you approach a DJ set? Do you plan what you will play, or do you decide spontaneously?
I never know beforehand what I’ll play, but I always enjoy switching things up throughout a set. Typically I prefer to just feel out the vibe of a place and then go from there. In my head I like to be 2-3 tracks ahead but not really more than that.

Finally tell us about your mix and the feelings behind it.
It’s a combo between digital and vinyl tracks. I just wanted to cheer you guys up with this mix as the world is going through rather strange and difficult times right now. Categories are not important to me, but as most of the times I start of on a slower tempo with a variety of different organic sounds ranging from Italian Library to Brazilian Boogie. Towards the end I progress into some heavier and quirky house and electro beats. Most important for me is to try to convey a narrative in my mixes, going through different moods, tempos and vibes.