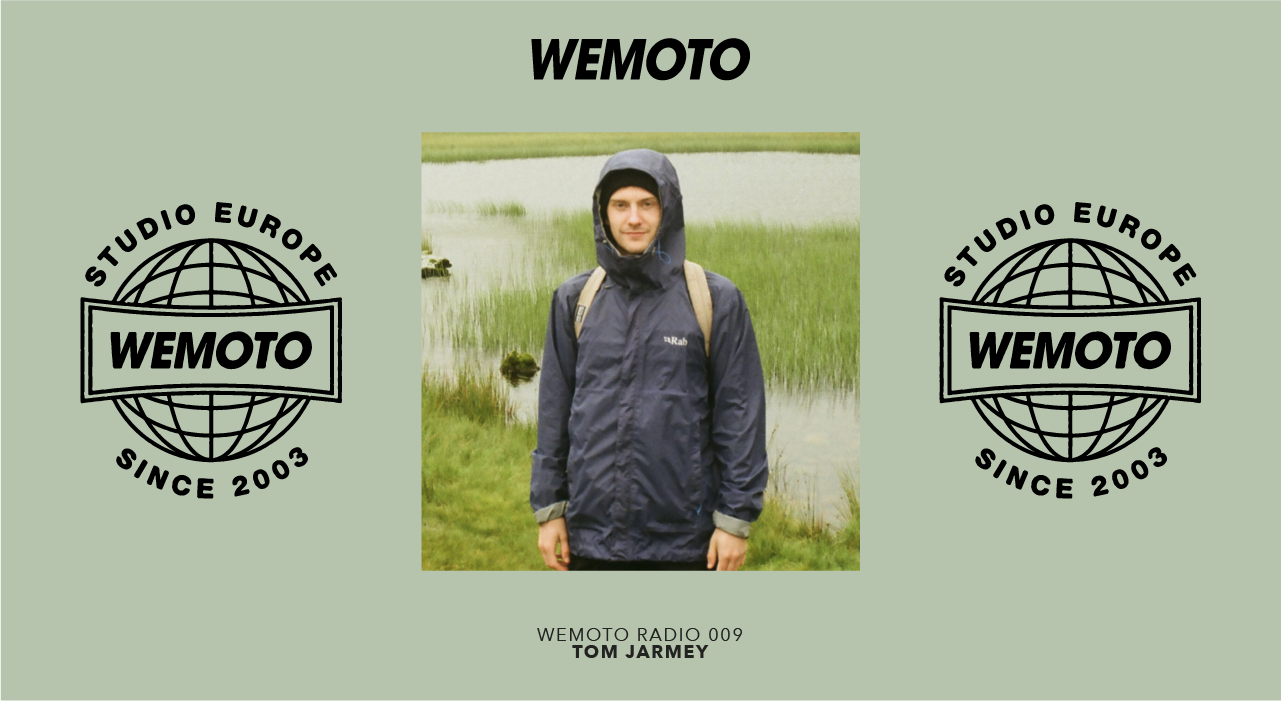 We are pleased to welcome Manchester based Tom Jarmey for the ninth edition of Wemoto Radio!

Having already made a huge impact in a very short space of time on the electronic music scene, following releases for 13th Hour Recordings, Shadow City and R.A.N.D, he recently released his debut long player “Amber Glass“ on Lobster Theremin’s Distant Horizons where he seamlessly blends breathtaking soundscapes, luscious vocals and soaring synth hooks. And with more releases in the pipeline and mixes in circulation for a host of channels, Tom is one to watch.

His mix is a masterful one hour recording packed with all things from house and techno, sprinkled with some of his favourite 90’s ravey break tunes, mixed to perfection at home using nothing more than a pair of CDJ’s and a mixer. Be sure to check out the interview as well. Enjoy!

Hey Tom, how are you doing and what have you been up to during lockdown?
Hey mate, I’m well thanks! It’s been a busy time in a musical sense, writing more tracks than I ever have before, teaching myself new techniques and just discovering a lot of wicked new music. Aside from that, I’ve been enjoying the countryside… walking the dog, that sort of thing!

You grew up in Marlborough, UK. How was growing up there and how did the town influence you musically and personally?
In terms of musical influence, the town yielded absolutely nothing haha. It’s a quaint, rural place which, ignoring an array of pubs and one questionable club, delivers zero nightlife. I guess inspiration instead came from discovering different branches of electronic music online - following YouTube channels, labels and collecting records etc… I’ve now moved up to Manchester to study geography, and of course, the nightlife and barrage of musical inspiration is much more prominent. I think my love for electro and the grittier side of things has definitely moved a bit more to the forefront whilst living here.

Could you tell us a little bit about your background, what first got you interested in electronic music?
That’s a tricky question! I’m not sure how to pinpoint an exact starting point, but I first started listening to a lot of music in year 6 at primary school, so I’d have been 10. I collected CD’s from Pendulum, Prodigy, The Kooks, Snow Patrol, Kasabian - those were my favourites back then, an odd selection! From there, my eldest brother introduced me to more dance music, I remember loving all the BPitch Control artists, like Ellen Allien and Paul Kalkbrenner. I then met some mates in secondary school who shared a similar interest, in 2014 I made a blog with my friend Jonny where we’d upload our recent finds - worth checking out if you wanna find some bangers, and a few questionable descriptions! It’s called ‘Waxed House’ on Blogger. Around this time I also bought my first decks, and then I started producing at 16.

What made you move to Manchester and what’s a typical day in the life of Tom Jarmey?
I moved both for the university and the music scene. It’s always been on my radar as somewhere to study, and after hearing about the nightlife and rich musical history, I just decided it’d be a fun place to live! A typical day depends on the day of the week to be honest, midweek I’ll get uni work done, ride around on my bike and always work on music in some shape or form, be that writing, finishing a mix-down or having a mix. Pre-covid I might have been planning the next Wax Villainy (the night I run with my mate Dom Thompson), however, that’s of course been put on hold for now. Come the weekend, it’s a similar affair, but with less uni work and more time to produce!

How is your studio looking and which pieces are your favourite at the moment? How do you start a new tune?
I’m currently rocking the Moog Grandmother, Korg Minilogue, TR8, NDLR and a TC Electronic delay pedal. I’ll be honest and admit I haven’t delved into the NDLR yet, it’s a funny little sequencer from Conductive Labs that lets you programme sequences and chords, synced up and in key. I’m making sure I finish up my backlog of projects before playing with it, then I’m gonna make an ambient album… at least that’s the plan. My favourite piece would be the Grandmother - an absolute beast of a synth, I’m using it in almost every track at the moment, usually for twinkly arpeggios but it’s produced basslines, drones, creepy soundscapes… the lot!

In terms of starting new music, it’s honestly different every time. Sometimes I’ll create a melody on the Grandmother and then build a track around that, other times I’ll chop up a break in Ableton and start layering sounds, or I’ll start with manipulating a sample and build from there. Just depends on the mood! Something new I’ve been doing more recently however, is splitting the process into a writing and mixing stage. That probably sounds obvious to a lot of people, but before lockdown I’d be mixing the track as I wrote it, this carried a number of issues, mainly a disruption in creative workflow and ultimately shittier mixes! Now I’ll write a track, almost forcing myself not to mix anything (minus maybe a bit of EQ), then I’ll export the stems into a new project and mix from the ground up. Honestly… it’s a game changer. Thanks Desert Sound Colony for teaching me that process.

What are your favourite labels out there and who are your favourite up and coming producers at the moment – are there any newcomers we need to keep an eye out for?
I’m having a bit of a jungle phase currently, so some favourite labels would be the classics - Good Looking, Moving Shadow, that sort of thing! In terms of more current imprints, I’m really enjoying Banoffee Pies, Gestalt, the Withhold series, X-Kalay, there’s really too many to name them all. Some incredible recent electronic stuff has come from Coco Bryce, Tim Reaper, Ed Hodge, Front Bench, False Persona, Litherland, 1-800 Girls, J Wax… pure madness!

I've heard your Spotify playlist many times. Very interesting stuff, including some weird ones… in a good way. What have you been listening to at home during lockdown?
Like I said above, I spent a lot of time searching for and listening to new music during the lockdown period. A lot of ambient, soul, some pop stuff! Some bits that really stuck are MJ Cole’s album as Madrugada, Untitled (Black Is) by SAULT, Little Dragon’s new album ‘New Me, Same Us’ and Instinct’s ‘Still Life’ LP (Big up Burnski and his many labels).

Can you tell us a bit about the mix? Were there any particular thoughts or themes behind it?
I wanted to capture an ethereal mood, sprinkled with some of my favourite 90’s ravey break tunes! 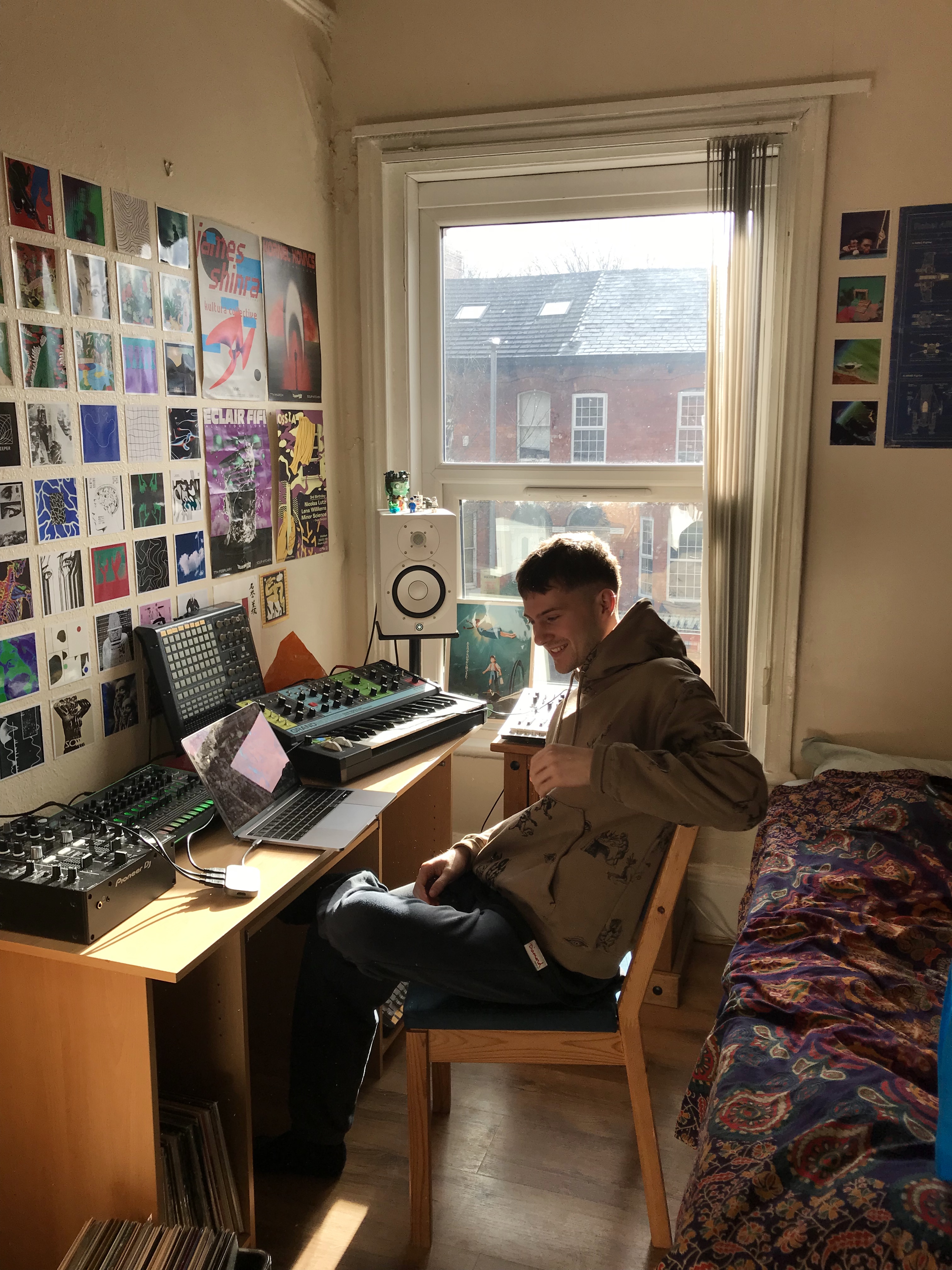 What’s the next step for you over the next few months?
There’s a few releases in the pipeline. I’ve got another EP coming out with Lobster in the next few months. Compared to the album, these tracks lean more to the ‘dancey’ end of the spectrum, club-ready cuts! Me and Ed Hodge then have our second Mother Of Pearls EP coming out on Homage. I’ve then written a couple more EP’s that should be seeing the light of day soon! They’re in the early days of logistics though so won’t reveal the labels yet. Other than that, I’ve been collaborating with some friends which is always fun, namely Front Bench and Litherland - check out their music if you haven’t, both incredible producers.