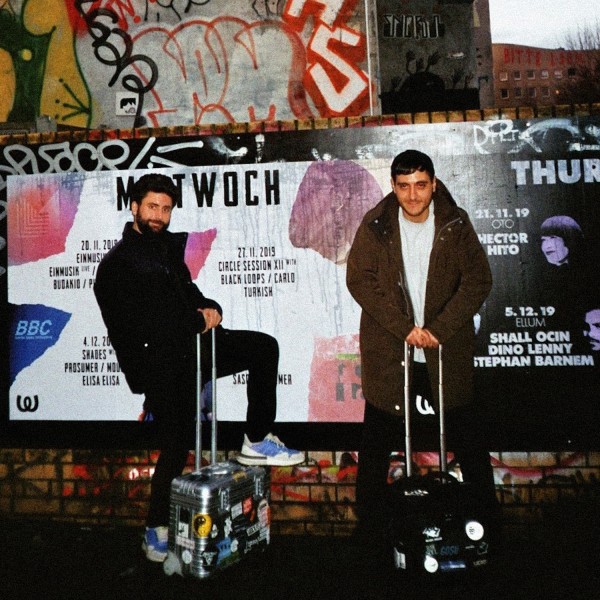 With releases on Shall Not Fade, Freerange, Pets Recordings and Toy Tonics to name just a few, Riccardo Paffetti aka Black Loops has built a stellar reputation as one of house music’s most consistent and impressive names since making his production debut back in 2013. A skillful hand both within the studio and behind the decks, the Italian’s slick blend of deep and soulful house music takes cues and inspiration from funk, disco and beyond, with his latest batch of productions coming in the form of his ‘Homesick’ EP on Aterral this December, featuring the Spanish producer and Aterral’s label head Carlo.

Over the last years, Carlo stepped up as a connoisseur of all things House with a bunch of releases on much respected labels like Classic, Suol or his latest ‘Speak Like A Child’ EP on Purism - as a versatile DJ/producer, but also as man of affairs offside the studio and the DJ booth. In 2020, the Berlin based Watergate and Ipse resident started his new imprint Aterral Records, referring to the blistering hot airstream in Málaga, his hometown.

By his own admission, it was about time for him to pay tribute to that city and therefore send some blistering hot soundstreams via the first Aterral oeuvre onto all House-loving dance floors. Ringing in all things to come is the man himself with the best possible three track kick-off.

Playing in clubs and at many festivals around the world, it’s obvious to say that these two fine gentlemen are one of the best in their game right now.

Wemoto Radio is more than happy to welcome Black Loops & Carlo for the 10th episode! 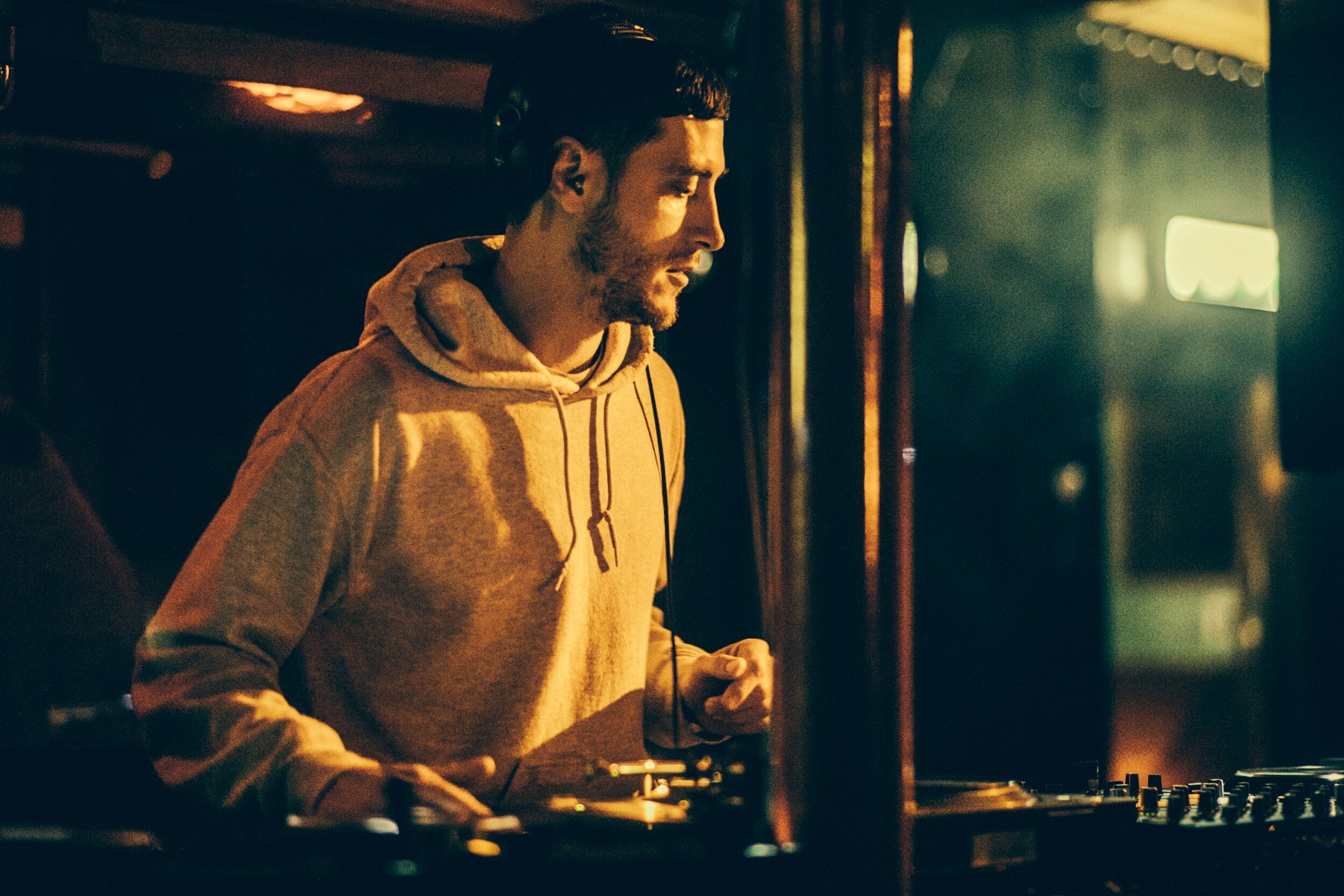 Hey Riccardo and Carlos, thanks for taking the time to answer some questions.
R: Pleasure :)
C: My pleasure, thanks for having us.

How are things looking in Berlin at the moment and what have you been doing during the lockdown?
R: I moved temporarily back to Italy since July, but if I have to be honest, the lockdown in Berlin during the first wave has been pretty soft compared to what I'm experiencing right now in Italy. What I've been doing this whole time? MUSIC of course :)
C: Things are pretty slow in Berlin right now, clubs, bars and restaurants are closed and the city feels empty. During the lockdown I've been able to make some music, work on the new label Aterral and of course enjoy the extra free time with the family.

Riccardo, you are coming from Italy and Carlo from Spain. When did you move and which reason made you move to Berlin?
R: I moved to Berlin in April 2013, but I was visiting the city regularly every 2-3 months the years before, as I was the drummer of a band called ‘MUNK‘ based in the city. We were meeting in B for rehearsing and touring.
C: I moved to Berlin purely for the music scene. Before I came here I visited the city a few times and it was a bit of a dream to be able to experience it for a long period of time. Now I've been here for nine years and I'm pretty happy I took this decision back then.

How did you meet the first time and how did you become friends?
R: We met at a house party a couple of months after I moved. The party was kinda insane and Carlos was djing, so I decided to start annoying him obviously... rest is history :D

Could you tell us a little bit about your background, what first got you interested in electronic music?
R: I've always been playing drums in bands since my young age, with one band in particularly, called T.Y.F.T.D.M., we were using a lot of classic analogue synthesizers and circuit bending stuff... that's what got me closer to electronic sounds, specifically to the electro-clash of the early 2000's (big fan of Zoot Woman, The Hacker, LCD Soundsystem and so on...)
C: My father had a little vinyl collection of funk and disco, I always heard this stuff in my house. As a youngster I played bass in a few bands and by the end of the day all I just wanted was to have full control over my productions. That's how I got attracted by electronic music. I started doing electro pop when I was 15 and from there I landed into all the styles I'm digging right now.

Carlos, you recently started your own imprint called ‘Aterral‘, kicking things off with your ‘Estasi‘ EP, congratulations! Can you talk a bit how that came up and what are your future plans with the label?
C: Thanks man, this was an idea I had in mind for a long time as I wanted to pay homage to my hometown Málaga and create my own vision of house music. The name comes from a very hot airstream in Málaga called Terral. When it comes into the city it changes the whole mood of the people and this is where I take my inspiration from. I want to spread dance music with a very warm approach around the world. My plan with the label is to support new talents among old friends and of course release my very own music. I have a few things lined up for the label in 2021 but for now I can't really say anything, just keep an eye on it, because a lot of interesting material is on the way.

The second output ‘Homesick‘ from Black Loops should be out when we are talking. Riccardo, what was the idea behind the EP?
R: Well, I wrote this ep during the first lockdown. The mood was very melancholic and I was really feeling the need to go back to Italy for a while and stay close to my family... and that's why the title ‘Homesick‘.

Riccardo, you made remixes for Heist and Shall Not Fade lately! How do you go about a remix? Do you have a specific approach?
R: I normally tend to choose one single element from the original track and build a completely new composition around it.. it's the kind of approach that keeps the fun of doing it. 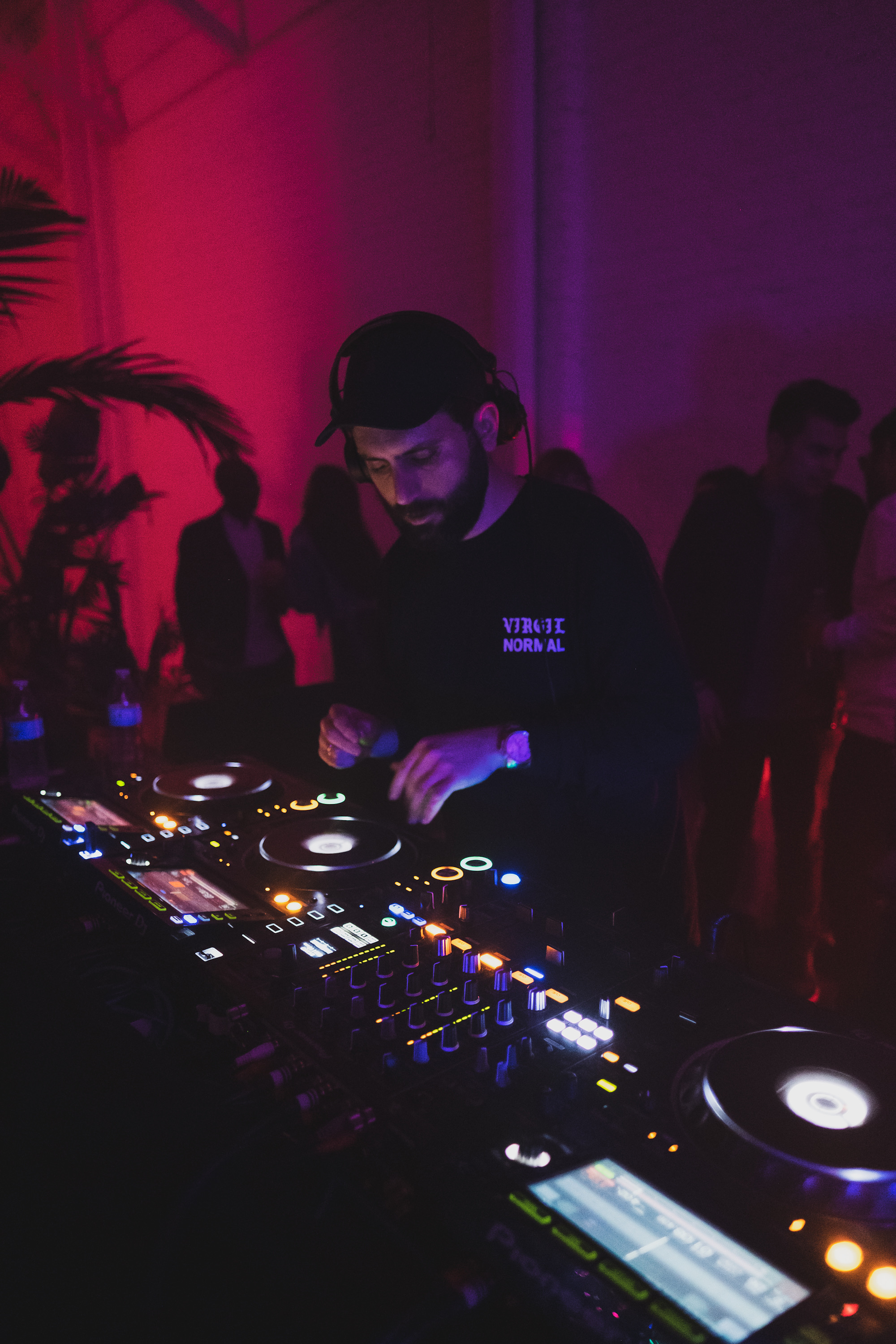 Carlos, you have a little family, how do you handle being a dad and music business?
C: It's a learning process, being a father requires a lot of extra time you did not have to worry about before. I can adapt my working hours and spend plenty of time with my son and I'm very thankful for that. Of course some weekends it was hard to leave home and sleep out overnight but since the virus is here we don't have to worry about these problems anymore.

As Dj’s, you’ve been a part of Berlin’s house music scene for some time now, having residencies at IPSE and running a monthly party at Watergate. How do you feel the city’s nightlife industry has changed over the years?
R: It's obvious to say that Berlin changed a lot in the last decade. More and more people moving from other countries seeking opportunities and on the other hand rents going up and impossible to find houses unless you're earning power is pretty high... nevertheless the club culture stayed true to itself and preserved its spirit of freedom and respect to the music and the Dj's. I hope it will last long to be fair...
C: When I first came to Berlin everything was a bit more raw, local and not so popular internationally. One thing I love about the nightlife industry in Berlin is that it somehow keeps this spirit even if the times have changed. Of course now we have more tourists and there are more parties than before but everyone is trying to keep everything low key. This is just the evolution of a city that is alive and we all need to adapt to it.

Last time I visited you, you shared a studio space. As far as I know, you had to move last year. How is your studio looking now and which pieces would you won’t miss?
R: Our studio is literally in the best part of Kreuzberg and wasn't easy to get it. I miss every single squared millimeters of it, even the dust!
C: Exactly you came to our old studio place, this was a really sweet spot and the little crew we had there was extraordinary. We were sharing the place with Emmanuel Satie, Ben Mono, Ben Rau and Joyce Muniz. Sadly we had to move out but we found a really nice studio around the corner. Our new place looks amazing and we have a better toilet and a kitchen which is a plus.... I just miss hanging out with the old studio pals as we don't see them that often anymore.

What are your favourite labels out there and who are your favourite up and coming producers at the moment – are there any newcomers we need to keep an eye out for?
R: I will keep it "patriotic" on this one... Labels: D:fferent place, 320kb, Mood Waves, Taboo. Producers: Dj Cream, Dumbo Beat, Giammarco Orsini, Jacopo Latini, Nicholas, Cosmic Rhythm, Koko.
C: Reg. labels, I love Music from Memory, Studio Barnhus and Molar. My favourite newcomers are Retromigration and Nephews, they are making really good music at the moment.

2020 is nearly finished. What are your plans for next year? If the situation changes hopefully back to normal.
R: Let this mess be completely over first. Then we will see LOL.
C: Right now it is quite difficult to plan anything. My idea is to keep working on my music and the label until things are opening slowly and then we will go with the flow.

Finally, can you tell us a bit about the mix? Were there any particular thoughts or themes behind it?
R: First 30 min will be my mix. I've selected some breakbeat vibes I'm diggin' at the moment, including the collabo ‘Misterio‘ with senior Carlos Alvarez :)
C: I tried to showcase a bit of my sound in the second half an hour with more house grooves from me and some friends. 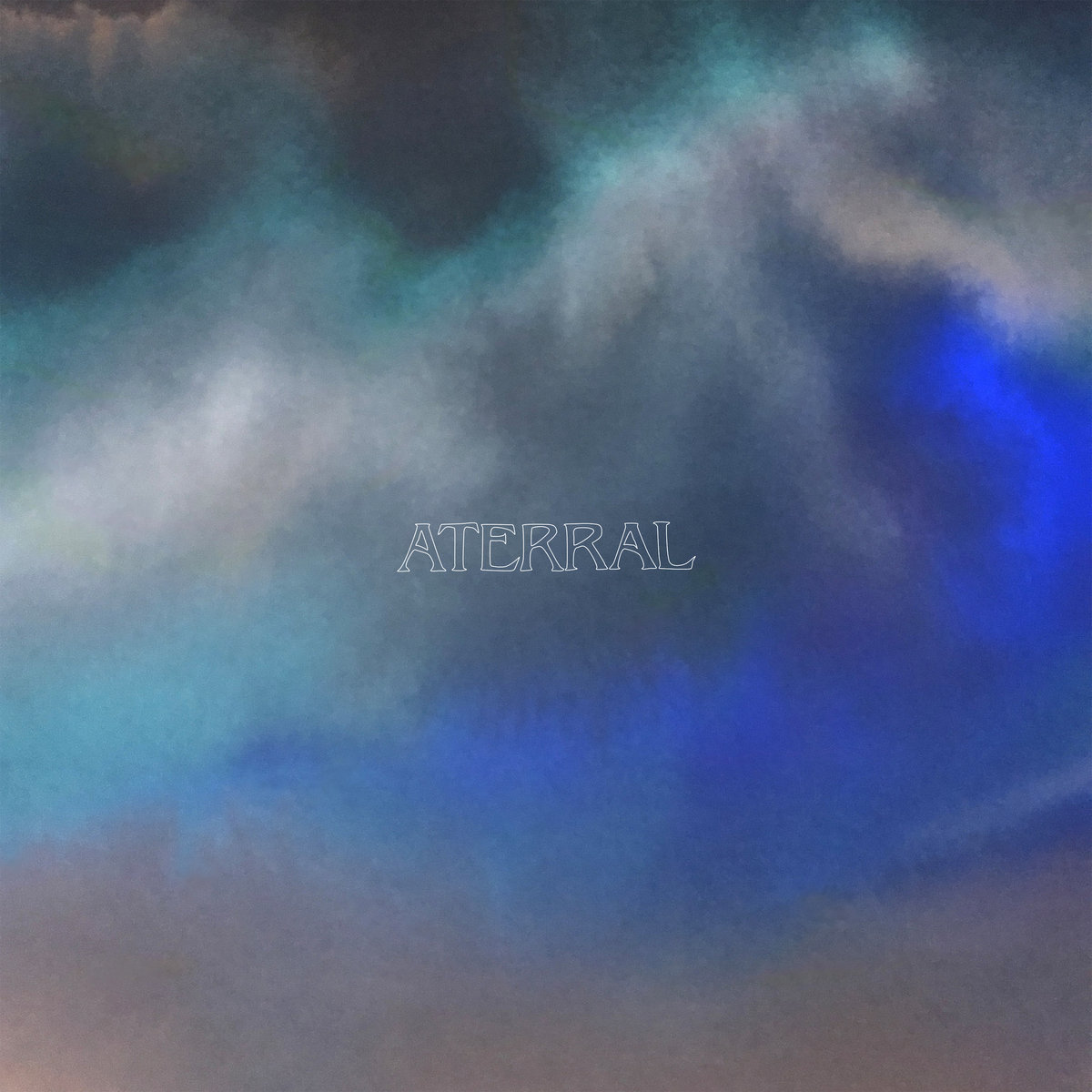 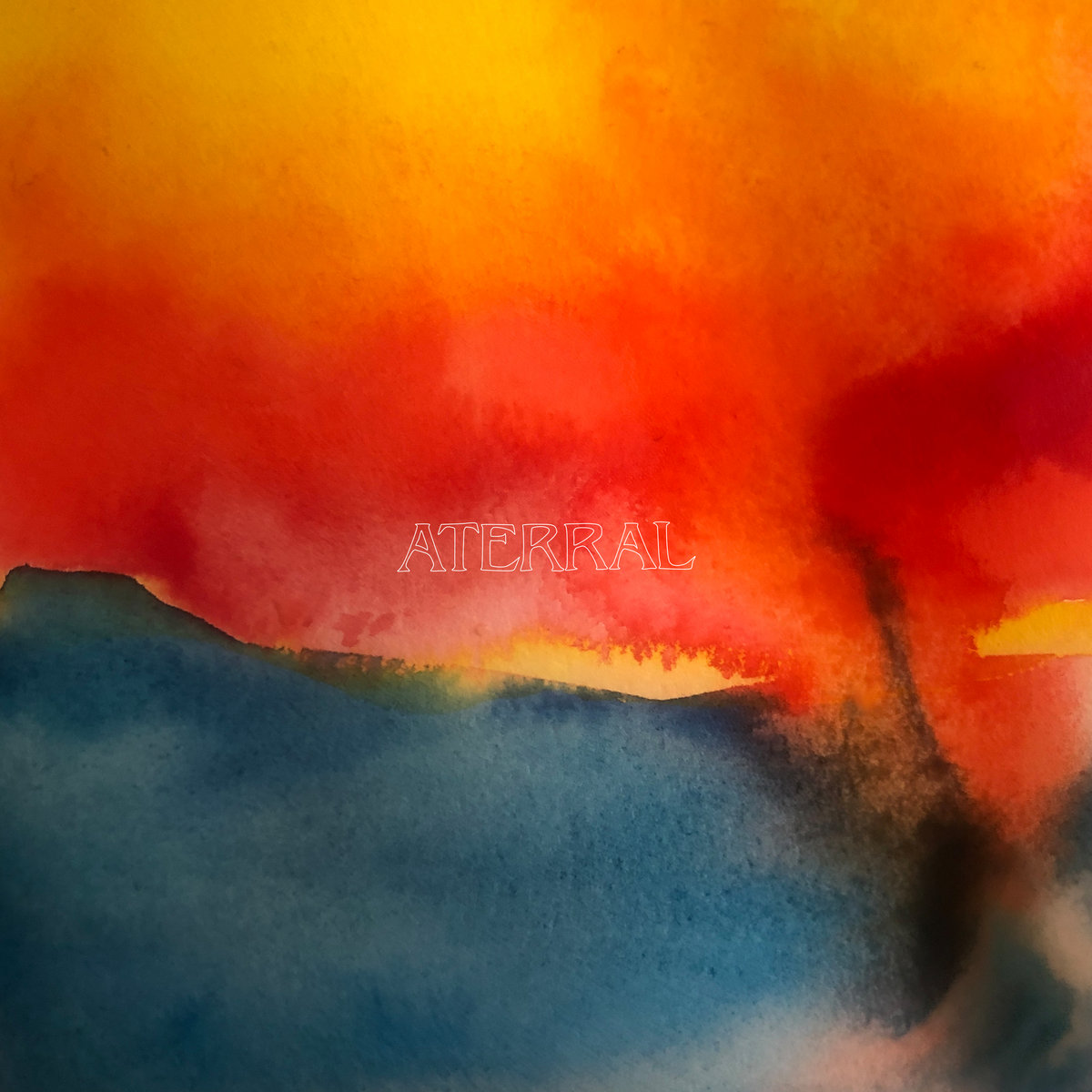