For some the groove cannot be learned or given; it is an inherent and intuitive part of their soul. Intr0beatz, aka Reykjavik native Arsaell Thor Ingvason, whole life has been about the groove. From his earliest years delving into his father’s musical collecting and compositions, he first came to prominence as Intr0beatz back in the late ‘90s first as a turntablist, then as the beat producers behind the seminal 2000s Icelandic hip-hop group Forgotten Lores.

But Ingvason is not one who is comfortable keeping still in his quest for deep sounds and immersive beats. Delving into his musical past, as well as opening up his horizons, he released Half Time in 2011 on Möller Records. A heady mix pot of chill out, deep house, funk, and hip hop, it marked not only a maturity in Ingvason’s production but hinted at several new directions away from his hip-hop status.

Since Half Time, Ingvason has been delving ever deeper into house music, over the last few years releasing a slew of 12”s and EPs on various deep house labels such as Dark Energy, Something Else, and Closer To Truth. Today, Intr0beatz has become a major fulcrum in Iceland’s recent house music revival both as a member of the BLOKK house music collective as well as playing and DJing in Europe and Japan.

Hey Arsaell, great to have you, how are you doing?
My man! Pretty damn good. We have a volcanic eruption right now here in Iceland plus a lot of earthquakes.
Prior to the eruption so 2021 is already making a name for itself!

I grew up in the outskirts of Reykjavik and started to DJ at 12 years old. Back then I was into all kinds of electronic music, hardcore, jungle, drum&bass, house and techno. Basically all styles you would hear at a rave in the 90’s. But at this young age, we weren’t many that new about that kind of music so we were considered weirdos. I was always into scratching but it wasn’t until around 14-15 years old I got into hip hop and started to beat juggle and enter competitions. Then in 2011 I started to go back to my roots and found the love for house music again and been making house music ever since then.

I remember well playing with you at Kaffibarinn around 3 years ago. What a great night! How is the music and club scene in Iceland?
There is no club scene at the moment, and to be honest has never been any real clubs in Iceland. Just bars and cafes that have DJs on the weekends. But still it’s nice. Small event but often packed and great vibes.

You recently started your own record label label „Cosmic Angles“. Why and how did it start? Can you tell us a bit about the process?

I’ve had this idea for a long time. But I wanted to wait until I had more music out and more people knew my name. Then in this covid thing, I decided to go for it and started a bandcamp. But then I thought it would make more sense to have all the digi stores like traxsource, Beatport etc and started to ask my friends that have labels for tips and how this business works. It was a bit overwhelming at first. It’s more than just uploading a release. And it’s not like the money is pouring in. I think I spend more money on releasing music than earning. But I know if I continue and try to do my best to keep the music flowing without drowning people in releases, it will pay off at some point. At least that’s what I’m hoping for.

Tell me about how your particular musical style came together? I know you are into Hip Hop and Skateboarding - did this have an influence on the development of your sound?

Like I mentioned before when I was young all these different styles of music that I was into was introduced to me through older friends that I was skating with. They all were into these styles and an older brother of one of the guys owned the only record store that was importing all these styles, mostly from the UK. So I started to hang out at the shop and just observe what people were buying and listening to. Even when I got into hip hop and everyone around me skated and where listening to hip hop, we all thought skateboarding was one of the hip hop elements. But regarding my style, I think it’s just a mixture of what I grew up on. My parents listened to a lot of jazz and fusion. I’ve always been a huge Goldie fan and loved his chords and soundscape plus a major Primo, Pete Rock, Dilla and Madlib fan, so I guess it's a combination of all.

Do you have any hobbies or passions outside of music?

I wish I could skate more but I’ve been dealing with back problems for the past 3-4 years but I’m trying to get back on my board this year. My latest hobby is super nerdy. Disc Golf. It’s super fun! And then making food. Love cooking!

What is your studio looking like? Which is the piece of gear that you would miss the most?

My home studio is very small but has everything I need to do what I do. My recent gear is the MPC X that I've started to love. Always been a MPC 2000xl guy and been hating hard on these new models, but I’m trying to be open about new things and I rather spend money on a latest MPC than more old synths. But to be fully honest, I could never be without my computer. I know that’s not a popular thing to say but it’s the truth. People always dismiss the computer as a gear.

Do you play any instruments? If so, does this knowledge help you in the process of making music?

I have no training on any instrument. Think just my timing is what makes the keys I press make sense. Think my experience with scorching and beat juggling has a lot to do with my timing combined with my musical influences from back in the days.

Which artists made the biggest impression on you lately and why?

I don’t know. It’s hard to say. I have always been getting my inspiration from the same sources since I started making music. Just listening to 70’s music and some good hip hop and also listening to interviews with artists that I admire. I think hearing them speak inspires me more than the actual music they make. But I guess if I had to mention a few current artists that inspire me in some way it would have to be Byron The Aquarius, Mr.G, Thundercat, Crackazat & Daev Martian, just to mention a few. Why? I don’t know, they just all make really good music!

How do you approach a DJ set? Do you plan what you will play, or do you decide spontaneously?

I never make plans because plans can go wrong. I might have a gang of fresh material which I want to play but I always mix it up with some older music. I’ve tried to make folders for each set but I always end up playing something totally different. But in the end it all depends on the time and the place. My dj background is playing 5-6 hour sets so if I’m at a venue, reading the crowd and following the vibe of the night matters the most to me. 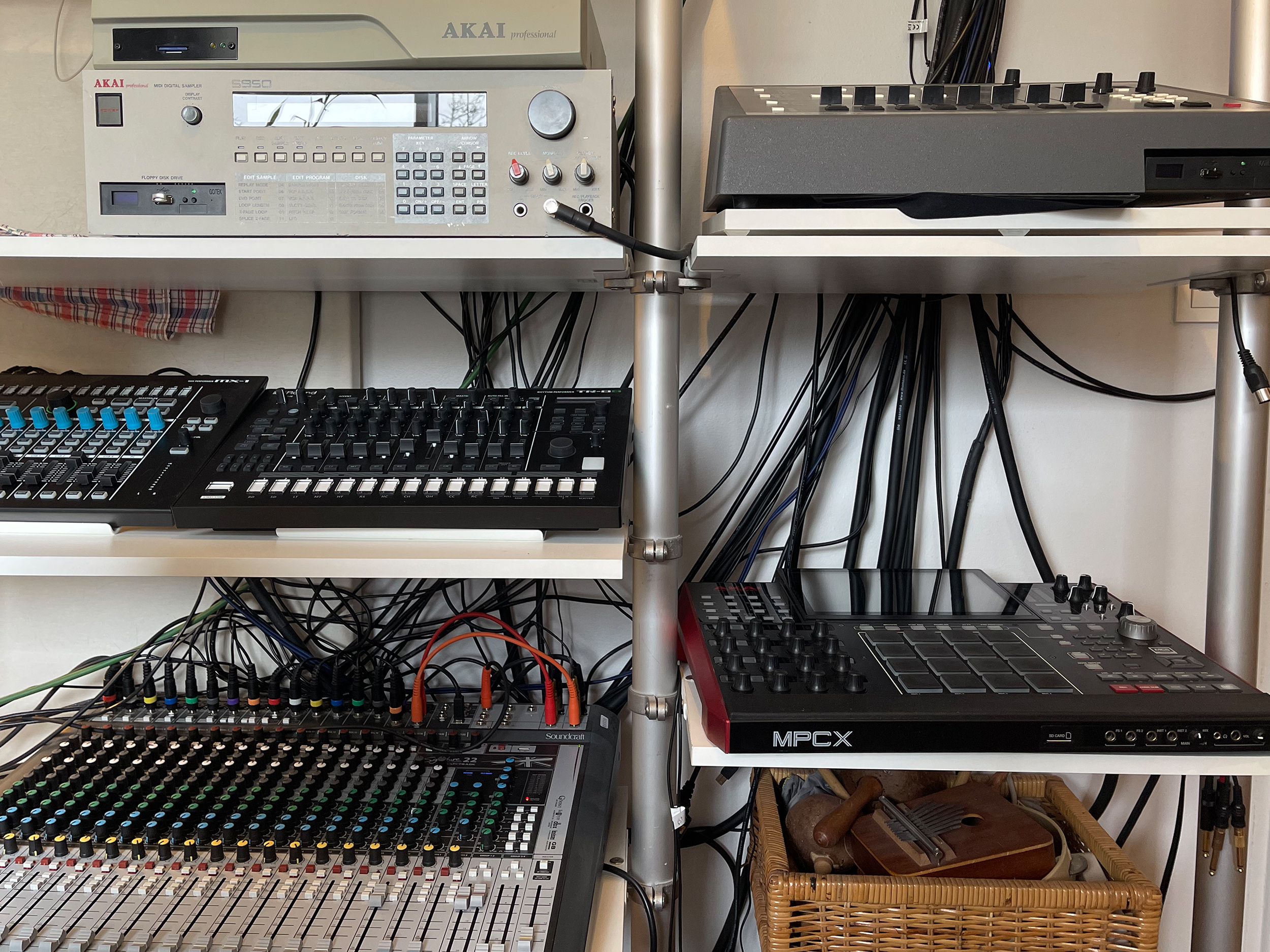 Do you prefer to play with Vinyl? Or does it not matter?

Doesn’t matter I think. I mean, good music is just good music no matter the format. I started playing vinyl when it was just called records and that was the only way to dj. I had been carrying records around for almost 20 years before I started to use digital players. But I love playing my records when I get the chance and I still buy them. What I’m trying to say is that people shouldn’t play vinyl if they are not comfortable with vinyl and just want to do it to look cool. I rather dance to a well mixed dj set than 1 hour of train wreck. I also fully understand people that want to keep the dj scene on vinyl as well, but personally it doesn’t matter what you choose. Both are good.

How is your release schedule looking right now? Do you have anything on the horizon you can share with us?

I just released my second release on Moment Cinetique. Then I have upcoming releases on Selections Label, Closer To Truth and Cosmic Angles. These are the ones that are ready and confirmed but I have more that I'm working on.

Finally, tell us about your mix and the feelings behind it.