ST-ahler aims to spread joy through creating spacy and floating disco soundscapes. Moving from Singapore to Berlin in 2014 “cosmos-politan” ST-ahler discovered the decks in an escalated night of spaceships and zero gravity. Shortly after he started playing DJ sets at intimate events, house parties and various smaller venues, trying to make hoofers hover. His melodic house sets are appreciated for their danceable, yet wobbly and deep sounds infused with tasteful influences from the lively 80s to solid indie dance tunes, covering wide electronic frequency terrains.

Always with a self ironic smirk, ST-ahler focuses his energy on simply having a great time with music and friends balancing his way too serious fulltime job. “Music is my outer space where I am not taking myself seriously and can be the loopy kid with its head in the sky, I sometimes forget to be in our fast paced world.” Since 2018, Sascha is producing music under his artist name ST-ahler and released seven tracks until today ranging from deep house to disco. Behind the decks or in the studio it is his mission looking out for the next surprise to move crowds a little closer towards zero gravity.

Hey Sascha, thanks for contributing towards our Radio series. Can you tell us about your recording and what the idea was behind it…

Thanks for having me on the show and getting the chance to share a set with your listeners on Wemoto Radio. The story of my set somehow reflects new influences in my musical repertoire. In late 2020 and all of 2021 I digged a lot of indie dance tracks and started exploring that genre moving from indie dance itself to funky tunes all the way to Italo disco. This journey brought me from rather straight deep house sets, which I played before to a more diverse approach in terms of set progressions. The mix displays some of my favourite tracks from these new influences.

Could you tell us a little bit about your background, perhaps where you grew up and what first got you interested in electronic music?
Sure thing. I grew up in a village in Rhineland-Palatina, where I had a rather convenient and shielded youth, heavily shaped and influenced by rap music. My first interest in electronic music arose with the rise of Drum & Bass and jungle music in the mid 90’s, especially as Mannheim became a bit of a hotspot in Germany for this music. We frequently went to jungle raves in the area and had the chance to witness great artists from Andy C, Grooverider, DJ Hype, Zinc and of course Shy FX or LTJ Bukem. This massively influenced my electronic music taste. I was always keen on playing music myself, but never really followed through with it at a younger age as I was also heavily into sports, which took a lot of space and time in my days. Therefore I only started playing music 7 years and producing 4 years ago and now I wonder why it took me so long to get started.

You lived in Singapur and moved to Berlin some years ago. How would you describe the music scene in Singapur and how does it differ to some of Europe’s clubbing hotspots, such as London or Berlin?
Singapore is a totally different game when it comes to electronic music. There is a super small, but well educated “underground” scene, unfortunately with very little space to express themselves. The clubbing scene is very mainstream and fancy in general. There are some good clubs, but the majority is pop music show off stuff. Zouk as positive example is globally known for its superior booking and is drawing big crowds. However the vibes inside are very clean, chic, hip and orderly. It lacks a bit of true soul in some way. Therefore it is no comparison at all to techno clubs in Berlin or London. I always felt like Singapore is a bit stale and all about showing off. I had the chance to experience what you’d call underground gigs and they were fun, but far away from the club and party experiences you can have in Berlin and London, where you can get lost in space and time and no one cares how you look or what you do. 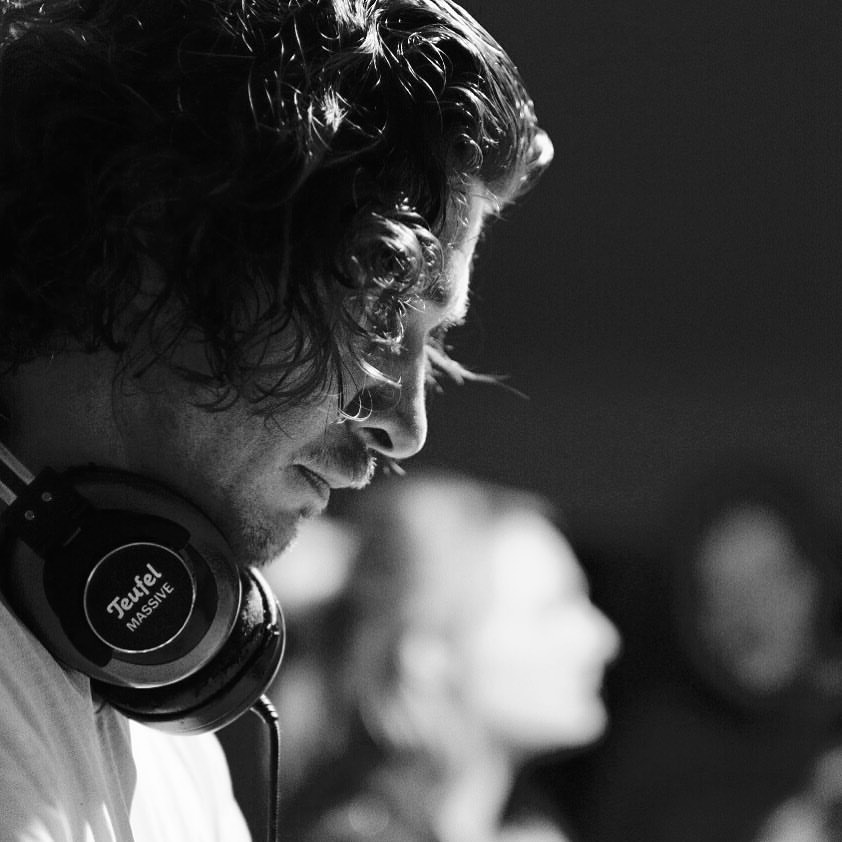 How did living in Singapur influence you musically and personally?
To be honest, it did not influence my too much on a musical level. It was interesting to see and get to understand the sweet spot of playing authentic and legit electronic music and moving rather mainstream EDM crowds at the same time. On a personal level I am super thankful that I had the chance to live there and dive into Asian culture. In my time there I was traveling a lot across South-East Asia for my job and learned so much about different cultures and approaches, which definitely broadened my view on a lot of things and showed me some new takes on life.

You collaborate with your friends David and Martin as ST-Ro and ST-AR. How do you feel playing as a crew differ from playing alone?
It’s very different. When I play alone I am focussing more on a particular “story” I want to tell and take people on a ride with me. I prep my playlists in much more detail for example. Also it is harder for me to interact with the crowd when I am playing alone. I am more introverted when playing alone. When we play as a duo this totally changes. We go rather freestyle on the sets and try out more things, from the track selection to using effect units, etc. It is more playful. When I am not playing the decks, but handling effects for example I’m more free to interact with the crowd, dance and cheer. I prefer playing as duo. It’s so much fun as it is a shared experience and memory with dear friends.

And you just released Joining! An impressive 80s/ Italo influenced dancefloor tune. Can you tell us a bit about the process?
The process for “Joining” was very different from the approaches I took on my other releases. I always try to learn something new with each production. For “Joining” the track name says it all. I tried to join forces with a lot of different people on this. I normally work with one producer and a mixing/mastering engineer. For "Joining" I also had a friend on board that helped creating the melodic parts and get the musical progression to the next level. Another friend joined when it came to creating all the synth sounds, most if them basically from scratch in Wavetable. Even the cover artwork was a joint venture of an artist I follow on Instagram, that I asked if he would contribute and another friend of mine doing the typo, etc. So all in all it was really about joining forces.

What’s your preferred method for finding new music – do you still enjoy digging around in dusty crates or do you prefer to buy online?
I do buy pretty much everything online. I follow a lot of artists and keep track of their work closely on various digital channels. From there I find a lot of info on new or unreleased material, set myself release reminders and so on. I am also constantly on Soundcloud listening to a ton of sets every week. I buy music mostly in bulk on beatport once I have the feeling, that I have enough new music lined up and find the free time to set it all up properly. I am super organised in that sense and have everything very neatly arranged in different playlists, all tracks cued, color coded, etc. It is very meditative to do that for me.

And what about these crazy lockdown times we’re still facing. What’s been keeping you going through it all?
Times were and are crazy indeed. I spend a lot of time meditating in the last 16 months. I meditate 2-3 times a day if possible and I feel that this was a good way to stay sane, especially when working in home office. I have a rather busy full-time job so that kept me on my toes additionally. I lacked creative energy a bit during the lockdowns, but spend some time on digging a lot of new and also old music, extending my musical range and learn new stuff from mixing to producing.

What does 2022 have in store for you?
I did finish writing down my “goals” for 2022 just lately and the headline motto says: "Flowing along in confidence”. If I can work my way towards this overarching goal, I would consider myself happy in 2022. Top this up with some fun summer parties to play at and 1-2 new releases, one of which is already pretty close to being finished, then we have a deal ;)