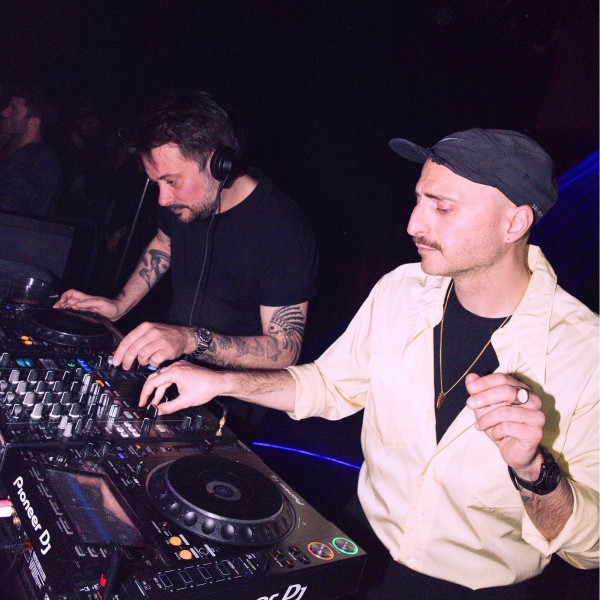 Rollover DJs are the founders and resident DJs of the popular namesake party in Milan. The duo began their career playing at small clubs and private parties linked to the fashion scene, near and along the hip canals area of Milan. From word-of- mouth amongst the in-crowd, their parties gained popularity fast, and in the meantime the duo’s music also evolved, creating a unique dark disco/house mix with roots firmly in ‘70s funk, New Wave and Afrobeat.

They run two music labels: the Balearic-inspired edits- only label ANYTHING GOES and the new one dark disco-house oriented ROLLOVER MILANO RECORDS. The music published on those labels have been played by the likes of 2manydjs, James Murphy, Lovefingers, Erol Alkan and Axel Boman.

The duo have published music on Jolly Jams, Midnight Riot, Soul Clap Records and of course their label. Their tracks were played by other DJs such as DJ Harvey, Jacques Renault, Tim Sweeney and Krystal Klear.

Their latest single boasts the collaboration of Nic Cester, leader of the Australian band JET The track has been played in several radio shows around the globe including BBC6 London. Rollover DJs remain the preferred DJs by the fashion and design industry and their list of international clients include Moschino, Versace, Dsquared2, Margiela, Armani, Givenchy, Adidas, Diesel, Netflix, Instagram, Samsung and Zegna. 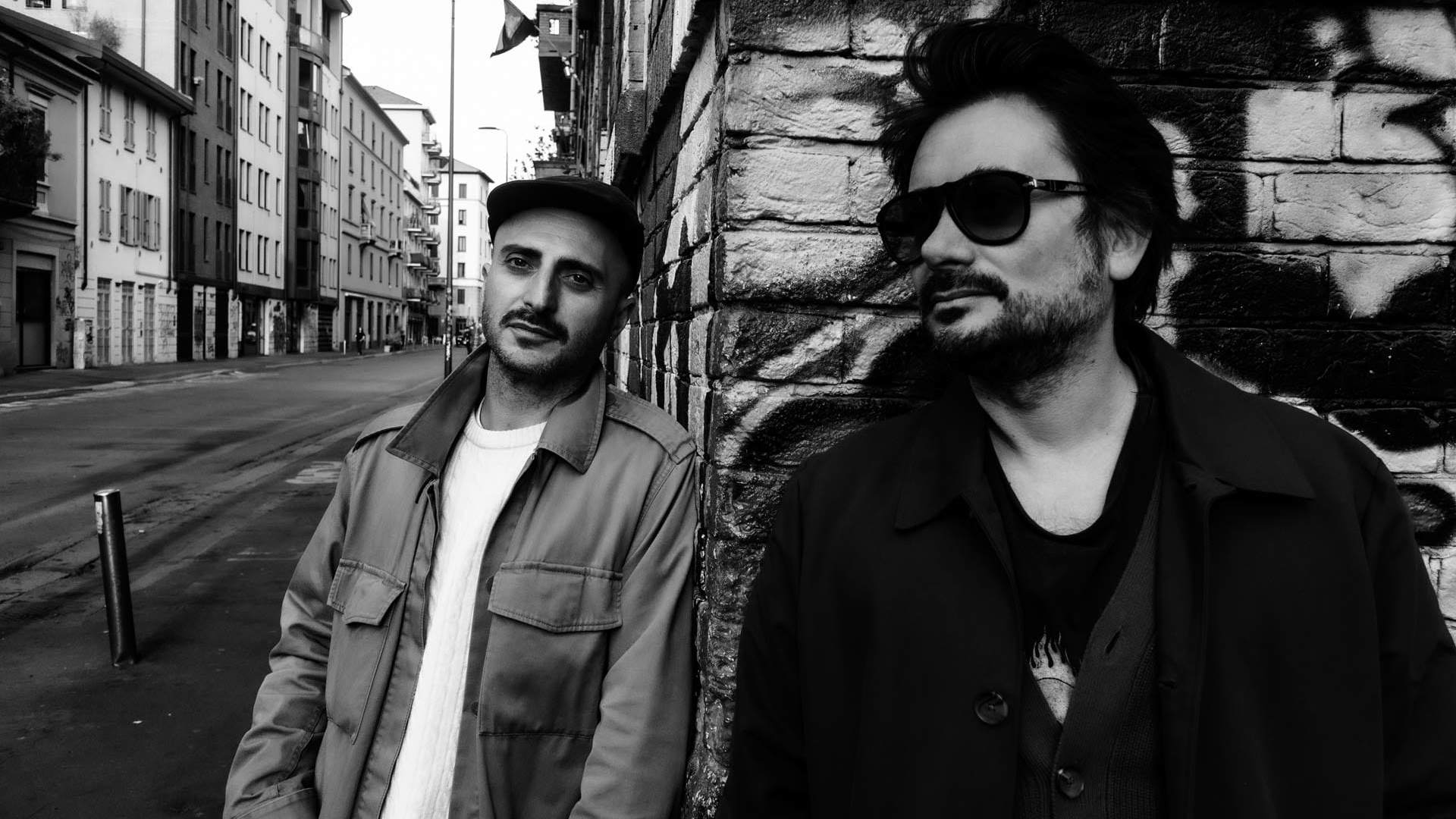 Hey Rocco and Tiberio great to have you, how are you doing?

Ehy ciaooo! We feel good, thank you. Life is not so bad lately.

We are Rocco & Tiberio aka Rollover Djs. We came from different backgrounds even if we grew up in the same town in Puglia, south of Italy. While I (Rocco) was listening to Italian hip hop and all the records from my aunties (From Michael Jackson to Pino Daniele), Tiberio was playing in a punk rock band in High School.

How and when was Rollover DJs, the label and club night born?

The party was born 10 years ago, it has grown slowly. We started from a very small bar on the canals and ended up having huge parties with international DJs of the highest level. Keeping the quality of the music high, we did a lot of research for new DJs and producers who could open the nights and this slowly led us about 5 years ago to create the label which includes many young people who we have played at our parties over the years. 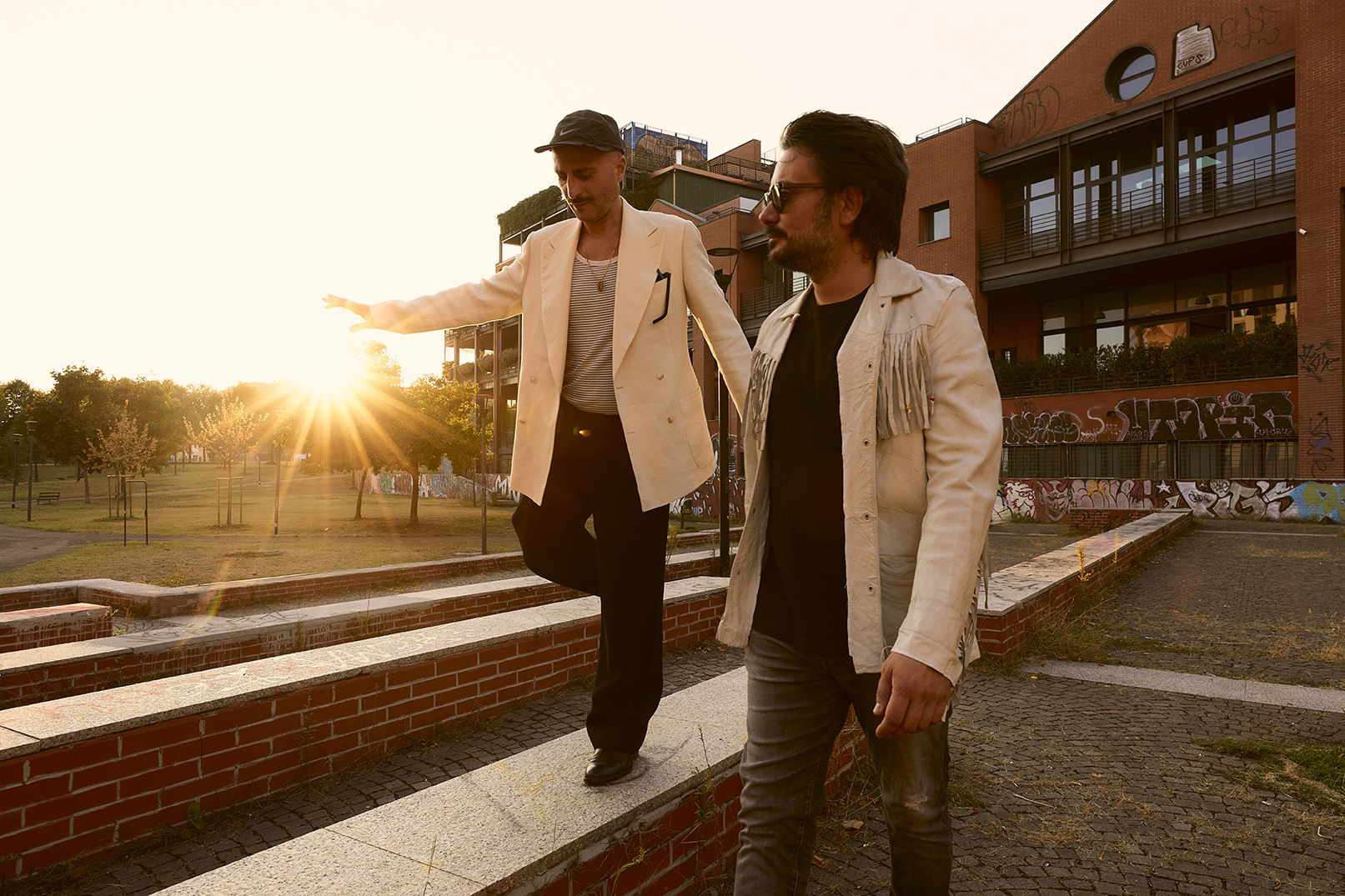 You are running a weekly party at Apollo Milano. How would you describe the music scene in Milano and how does it differ to some of Europe’s clubbing hotspots, such as London or Berlin?
In the last 5 years the city has grown a lot, the music and clubbing scene can now be said to be at a very high level. On weekends and also during the week there is an embarrassment of choice and this was unthinkable until recently. The Milanese scene is strongly influenced by fashion, and by Italianness in general. House or disco music based parties are very elegant, and people are very much looking for this type of sound that is linked to what is Milan and Italy in general.

You are part of the Italo Funk compilation on Soul Clap Records. Congratulations! How did that come together?
We first met Soul Clap duo here at Apollo for a Sunday afternoon party something like 4 years ago. And then we kept in touch especially with Eli who played at Apollo later. When he asked us to take part of the new Italo Funk compilation, we immediately said yes, we are in! Ah, the pic on the artwork was taken in Trani, the town in Puglia (South of Italy) where we both were born <3

What’s your studio looking like? What's your favorite piece you won't miss?
We don’t have our own studio, we prefer to “invade the space” of someone else, bring our ideas and start cooking. But there are a couple of tools that shouldn't be missing: An Arturia Modular Mood and maybe a semi acoustic Ibanez.

What are your other favorite record labels out there at the moment?
We really like a couple of labels lately. One is called Rotten City Records from Madrid, Hard Fist from Lyon, Public Possession from Berlin/Munich and of course the DEEWEE label run by 2manydjs.

Which artists made the biggest impression on you lately and why?
Well, even if they are quite different from what we normally play, we really like Overmono duo from UK and we are big fans of Mildlife, a psychedelic funky-jazz band from Melbourne.

How do you approach a DJ set? Do you plan what you will play, or do you decide spontaneously?

Okay, so this is how it works. We do our digging separately, we discuss what kind of music we should play that night and then we go on stage. It’s a semi spontaneous approach. Does it make sense to you? .

Finally tell us about your mix and the feelings behind it!

This mixtape tells a lot about our music background. 2 Hours of slow balearic rock music. Tons of edits from the past and the present. A little bit of new music but lots of guitars and groove. Hope you enjoy it as we did.